Among our extensive portfolio of important historic buildings are our four flagship properties Waterville, Verdmont, Tucker House and the Globe Hotel. They are open to the public and show a variety of exquisite Bermudian art, furniture, silver, china and curiosities.

Waterville and Verdmont may also be hired to host events, from small meetings to larger outdoor functions such as weddings. Find out more.

View locations on Map of Properties. 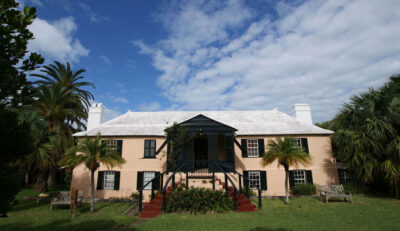 Headquarters of the Bermuda National Trust, Waterville is one of the best known old houses in Bermuda. Its most recognisable features are its latticed wooden veranda and curved entrance stairs. Located on the waterfront at the Foot of the Lane, off Pomander Road, the house sits within a beautiful garden and mangrove-fringed park.

Built around 1747, Waterville was at various times a Trimingham family home, a shop and a guest house. The original parlour and dining room on the upper level of the house are open to visitors and display a fine collection of artwork, silver, china  and antique Bermuda cedar furniture. You can drop in  during normal business hours and browse our shop for gifts and books on Bermuda’s heritage. 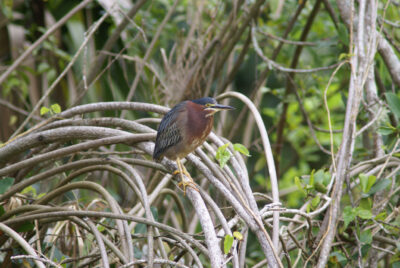 Location: 2 Pomander Road, Paget. Open to the public from dawn to dusk.

Waterville Park, is one of the most accessible places on the island to see mangroves and the rich variety of wildlife that enjoy this habitat.

A dense stand of native Red Mangroves lines the shore. Their intertwined prop roots are an important habitat for juvenile fish. Green Herons and Yellow-crowned Night Herons can usually be seen perched among their branches.

Duck Island, just off the shore, is also part of the property. The island consists of red and black mangroves and is a haven for ducks, herons and other shorebirds. 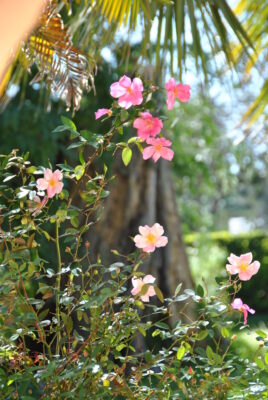 This Repository Garden showcases Bermuda Mystery Roses and Old Garden Roses that flourish in Bermuda. It was created and is maintained by the Bermuda Rose Society.

The garden was originally established in 1988. It was redesigned to celebrate the Millennium and officially reopened in April 2001.

A statue of the nymph Daphne, who was changed into a laurel tree to escape the advances of the god Apollo, stands in the centre of the rose garden. It is by the American sculptor Barbara Lekberg and was the gift of Kitty Mount. 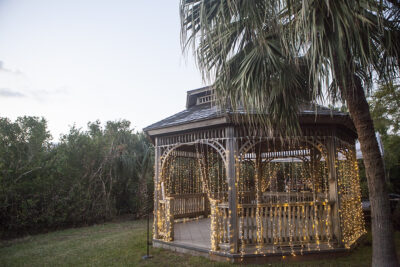 The east lawn of Waterville with its gazebo and space for a marquee has been the site of many weddings and other gatherings. Sinuous borders, full of a variety of shrubs and perennials, weave their way around the outside of the lawn.

The garden was created and dedicated in memory of Mary-Jean Mitchell Green, who died in 1990,by her husband Peter Green and sons Alexander and Andrew. 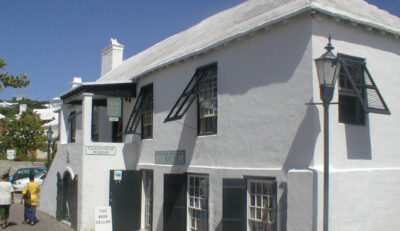 A tour of historic Tucker House, set in the heart of the Old Town on historic Water Street, offers an intriguing window back in time through the stories of the people who lived and worked here. Built around 1752 by a merchant mariner, the house has changed very little in structure since then. It was once the home of Henry Tucker, President of the Governor’s Council, and features an extensive collection of antiques including fine porcelain, portraits and Bermuda-cedar furniture. The old kitchen on the ground floor was once a barber shop run by Joseph Rainey, who was born into slavery and went on to become the first Black US Senator and one of the first Black US Congressmen. The basement houses a fascinating exhibition of artefacts found during an archaeological dig in the grounds of the house.

Tucker House Historic Home and Museum  is open Wednesdays from 11:00am until 3:00pm.

Entrance Fee: $5 Adults; $2 Children (11 and under). Cash ONLY.  Payments accepted at the door. Registration is not required for entrance. 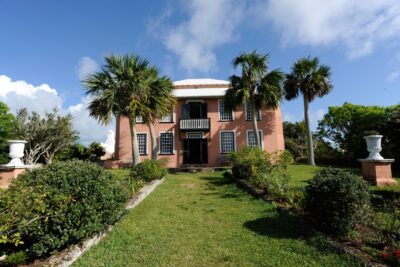 Verdmont is the jewel in the crown of Bermuda National Trust properties. Sitting high on a hill and overlooking the South Shore, the house would have dominated the landscape when it was originally constructed, sometime between 1694 and 1714. It has remained virtually unchanged structurally for over 300 years.

The historic home features an extensive collection of antiques including Bermuda-made cedar furniture, portraits, English and Chinese porcelain and a child’s nursery with a charming doll’s house.

The gardens contain an assortment of herbs, old roses and fruit trees, and the sweeping view of the South Shore is spectacular. The original three-seater outdoor privy makes an interesting feature.

Come for a guided tour to hear the fascinating story of this beautiful house, the people who lived and worked here, its architecture and collection of Bermuda furniture and antiques, and its place in history. 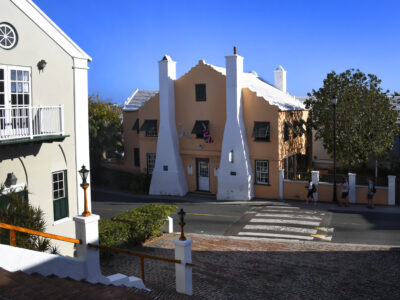 Built in 1699 by Governor Samuel Day, the Globe Hotel has a long and colourful history. Standing much as it did when it was built, its Flemish gabled roof contrasts sharply with traditional Bermudian architecture. During its more than 300-years of existence, it has been the Governor’s residence, offices for the Confederate forces during the US Civil War, and a hotel patronised by Mark Twain. It now houses the exhibition Rogues and Runners: Bermuda and the American Civil War and the Trustworthy Gift Shop.

The Globe Museum and Trustworthy Gift Shop is open Wednesdays and Thursdays from 11:00am until 2:00pm.

Entrance Fee: $5 Adults; $2 Children (11 and under). Cash or card payments accepted at the door. Registration is not required for entrance.