We are proud to have been a leading advocate for the protection, conservation and sustainability of Bermuda’s precious natural environment for over 50 years.

If you’d like to draw a concern to our attention, or would like to learn more about the Trust’s position and actions on a certain issue, please contact our Head of Natural Heritage. 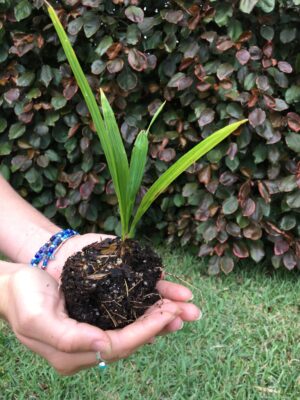 The special report, Global Warming of 1.5°C, of the Intergovernmental Panel on Climate Change (IPCC) makes it very clear that it is vital to hold the current global temperature increase below 1.5°C from pre-industrial levels. Keeping within this temperature frame will ensure that the world will suffer less negative impact on the intensity and frequency of extreme weather events, and on resources, biodiversity, and food security.

The Trust is promoting ways to keep the future temperature increase less than 1.5°C. As the largest private owner of open space in Bermuda, we are stewards of woodland and mangroves habitats that capture carbon dioxide.  We offer  camps for children about climate change, outlining actions children and their families can take to reduce their carbon footprint. In 2008 we commissioned a report, The Impact of Climate Change on Bermuda, in partnership with Aspen. View the version formatted for children.

Our annual Auction & Jumble Sale is Bermuda’s biggest recycling event.  This event allows furniture and other items to be reused or upcycled, reducing the need for imports which contribute to transport emissions.

In 2020 we started our Tree Planting Campaign and with the help of volunteers have planted 500 trees in our nature reserves.  Trees not only absorb carbon dioxide, but also clean the air we breathe, help with drinking water purification, improve habitats and preserve biodiversity. 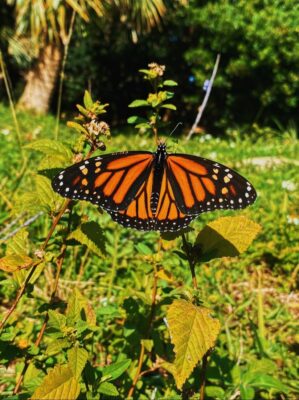 As a remote oceanic island, Bermuda had a unique composition of flora and fauna prior to being settled in 1612.  Since then, a steady increase of the human population, with attendant development, and the arrival of predators and competitors, have changed the island forever. A myriad of newcomers arrived, some intentionally brought here and some as accidental imports. The original primary forest has shifted to a secondary forest dominated by invasive species. At the same time, over-exploitation has decimated species on land and water.

What we are doing to help

The Trust recognises the immense pressure Bermuda’s biodiversity faces from habitat loss due to land development, invasive species, and over exploitation. Understanding that environmental and cultural wellbeing is directly linked to biodiversity and healthy ecosystems, we work hard to protect natural habitats from development, to protect and restore the biodiversity on our own properties, and to raise awareness by educating about biodiversity and the importance of habitat and species protection.

Our nature reserves provide homes for threatened and reintroduced species. We engage the community by providing environmental volunteering opportunities focused on removal of invasive species and habitat restoration projects.  We also partner with other organisations in gene bank projects such as the reintroduction of the Bermuda land snail on Morgan’s Island. 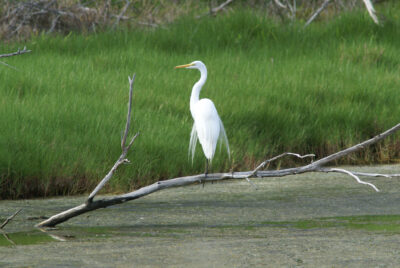 Open space is essential for the environmental and social health of Bermuda. It is a key part of the Trust’s mission to conserve precious open spaces for future generations of Bermudians.

While the Trust recognises that some development is essential, we call for it to proceed in the most environmentally sensitive manner possible and every effort should be made to rehabilitate and redevelop existing structures and brownfield sites.

Altogether, during its 50 years of existence, the Trust has inherited or acquired 33 undeveloped properties totalling 240 acres. This includes some of the largest and most spectacular wetlands and woodlands in Bermuda, such as Spittal Pond and Paget Marsh. Since 2003, in the face of ever-increasing development, the Trust has partnered with the Bermuda Audubon Society in the  ‘Buy Back Bermuda’ initiative, to purchase and conserve open space that is under threat of development.

The Bermuda National Trust involves itself in the planning process because we believe that it is easier to prevent environmental damage than correct it. Every new development or redevelopment must submit an application to the Planning Department as required by the Planning Act 1974. These submissions must adhere to the requirements of The Draft Bermuda Plan 2018.

The Trust collaborates with other local environmental advocacy groups to monitor applications to determine whether proposed developments are compatible with the zoning designation of the sites. Where appropriate, we submit objections and appeals as allowed for under the planning processes.

We encourage the whole community to join us in monitoring proposed developments via the Planning website, or just doing some research when you see a red sign at the roadside in your neighbourhood. Via the citizen self-service portal you can easily access all applications that are active in Bermuda. You can also have a more detailed look at the development area and its zoning. You can reach out to planning and they will email you every time a new application is submitted. We encourage you to submit an objection to the Planning Department when there appears to be an infraction of planning legislation or a development you feel will negatively impact the environment.

The Trust also writes letters of support if a project has been undertaken in a way that is especially sensitive to the environment and we highlight these projects through our annual awards.

We are happy to share our expertise with anyone who would like advice on the most environmentally sound methods of developing a property. We would encourage developers and owners to contact the Trust at the conceptual stages of a project to discuss ways to resolve matters that may conflict with the Development Plan and environmental issues that arise out of the proposal. 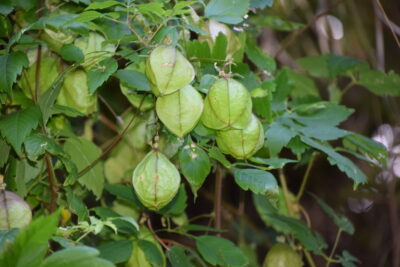 Invasive species are introduced organisms that are not native to Bermuda and that are changing or have altered the island’s environment in a negative way. Prime examples are  Balloon Vine (pictured on the left), Brazil Pepper, Kiskadees, Sparrows, Oyster Shell Scale and Lionfish. Some of them have been introduced accidently (rats), others were brought in as pest control (Kiskadees, Sparrows, Marine Toads), as erosion control (Casuarina), as pets (Red-eared Slider Terrapin) or as ornamental garden plants (Morning Glory, Umbrella Tree).

Our fragile island ecosystem is extremely sensitive to the alteration inflicted by these newcomers which have easily adapted to the island and threaten our biodiversity. Most of them reproduce quickly and out-compete or predate on the original flora and fauna to the point that some native species have even become extinct, such as the Bermuda Cicada which was eradicated by the Kiskadee.

Others have changed the island landscape forever. The Cedar blight in the 1940s and 1950s was caused by two insect species hiding among the branches of introduced ornamental trees. As the insects spread across the island, 90% of the Bermuda cedar forest was destroyed and this resulted in widespread alteration of the original forest by fast growing invasive trees and shrubs.

The Trust recognises the threat these species are posing, and our environmental conservation team is constantly monitoring invasive species in our open spaces. We work hard to cull out invasive species and reintroduce threatened native and endemic flora and fauna to our nature reserves. We also raise awareness about this issue through our environmental education and volunteering programmes. We organise invasive plant removal sessions and native tree and shrub planting initiatives and collaborate with other organisations to control pest species.

The Trust is also a member of the Bermuda Lionfish Task Force and supports the lionfish population control and education programme.

Guide to Indigenous and Invasive Plants

The Problem with Cattail in Bermuda